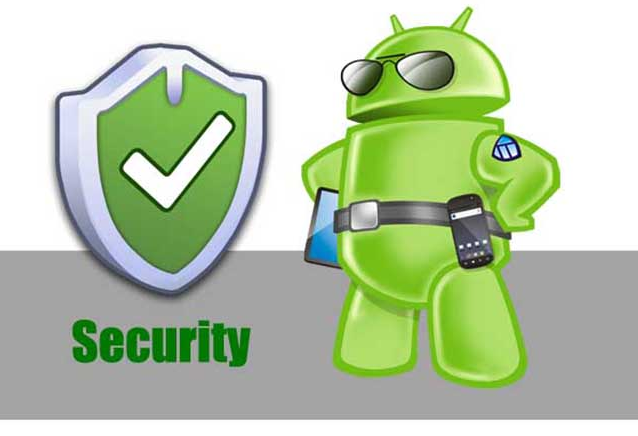 Downloading Antivirus softwares or mobile securities on your android devices is one of the best security measures that you should hitch to, so you don’t get your device vulnerable to virus attack, accounts being hacked or malicious files kept on your device. With the help of this Antivirus, your android device is 99% protected against any form of virus, Trojans, hacks, and other malicious execution.

Most android users do overlook the usefulness of Antivirus softwares on their devices; all they want is root their device and tweak dark corners of their device, not knowing that they are making their device vulnerable to viral attack. Nobody says that rooting your android isn’t good, but what I’m trying to let you know that, while executing malicious acts on your device, it’s recommended you installed Antivirus & mobile security on your device before executing any other stuff on your android device, so once vulnerability is detected, you’ll be notified.
Today, I’ll be revealing the 5 best Antivirus softwares and mobile securities to use in 2016… so, I advise you take your time, read through, and select the best option. Please know that my numbering isn’t by rate, the 5 best is numbered randomly… so just select any from the highlights.

This is an All-in-one android app… it’s an app that can perform as a mobile security, antivirus and also applock as same time. I’ve used this app during the past years, and I must say; it’s a top-notch.

The CM security app performs as an app lock by letting users locks their private apps and prevents those apps from prying eyes. However, with the help of this app lock, there is 70% increase in security measures. The app lock also features finger print scan, and this is one of the later features integrated on the app. Although there are few supported device (that supports fingerprint scan) using the features.

Another cool security measures from CM security is secret selfie photos of someone who tried to intrude your device by inputting wring lock combinations on your app.

There are more to CM security outside applock. WI-Fi security is also included which warns user against malicious hotspot, real time network boost, and availability of free Wi-Fi is included.
In addition, the CM security comes with the best Antivirus engine (prevents device from virus, worms and Trojans), anti-theft (track your device when stolen or lost) and many more. So, if you’re looking for one of the best antivirus software, mobile security software or app locks, I advise you fo with CM securities.

Just as the name implies, the 360 security is the best antivirus boost software you can find on android market (playstore), helping users optimize their android system like background app, memory space, battery power, cache (junk) and still protects device from Trojans, virus and worms.
The 360 security comes with a strong booster, which makes sure that users android device is up and running pretty fast… say goodbye to lag issues on your android phones and tablets. It also helps to optimize RAM memory, and by doing so, the speed of your device increases with effective multitasking.
Other mentions on its features includes, Anti-theft with find my phone features, privacy protection, real time protection and app lock features.

This is one of the best antivirus app you can download for free on android market, giving users an award winning antivirus protection, by protecting your android device against any form of Trojans, worms or virus attack.
The application comes with battery saver optimization skills, which terminates useless activities draining your android battery, and the application works as mobile security, giving your device the best security measures like, lock ability, wipe, and also find or locate my android features.
One good feature I enjoy using the software is the hassle-free operation, which scans our entire app for any suspicious activities while asleep, and the zero configuration features is just great. Just download and autopilot begins.

Kaspersky Internet security is top-notch antivirus software that have been reviewed by experts and rated very well. The software for android device comes with the best internet security measures compared to any other antivirus softwares, and it’s also outed with an easy-to-use interface.
What I like on this software is the newly integrated alarm system, which lets you track down your android device by remotely activating the alarm system of the device. This is pretty cool, and what surprises me is that the alarm system even works while the device is on silent mode.
According to Kaspersky lab test, the antivirus engine is very strong and capable of detecting and eradicating spywares, virus, Trojans and worms off our device. The software also comes with the anti-theft protection such as lock & locates mgushot (take secret shots) and the wipe memory features.
In addition, as per confirmation, the kaspersky provides users with full web protection, cloud enabled protection, text anti-phishing protection and also privacy protection. So, if you’re looking for the best internet security for your android device, I advise you give kaspersky a try.
That’s it on the 5 best antivirus softwares and mobile securities… you can try them out and feel free to drop your comment if you got any say. Also stay tuned for our super updates.

How to Format (Factory or Hard Reset) all tecno phones