Share on Facebook
Tweet on Twitter
In the worlds of high-tech it is impossible to live without such most used electronics as a computer and a cell phone. It regards both adults and little kids. Parents worry about their children when sending them to school; they always try to keep with them in touch. That’s why they buy them cell phones in order to be able to call or message them and get to know how things are going during the day. But not every cell phone that we see on the market today is suitable for the children’s use, only several models can fit best.

Find out what are they and don’t forget to acquire one of the best suitable cell phones on jiji – an online marketplace, where you can find thousands of new and used cell phones and get a chance to bargain with the sellers for the cheaper price than elsewhere. Infinix has become a part of our list mostly because it is one of the cheapest phones but still offering all of the most necessary functions, including calls, texts, and a camera. As any other smart phone, Infinix is also featured with a speech-to-text function, which will be helpful for your child when there is a necessity to text a message quickly. Besides, it is supplied with a 16gb memory capability, which is more than just enough for your kids to store their personal data and 2200 – 4000 mah battery, which is also good to keep the phone charged and your kid available during the day. Apart from being a “crash-proof”, which is especially important for children of any age, Nokia can also become your kids’ best friend. For example, let’s look more closely at Nokia Lumia 710, which is suitable for the children of school age. This phone has built-in Microsoft office integration, which allows to easily access homework. In addition, it is quite compatible with Xbox Companion due to the app that syncs to Xbox Live from the phone. It is very easy in its use – just open the app near a console and Xbox will show on the screen whatever it is you are browsing on your phone. For the iPhone-families, an iPhone SE is the best choice for you kids. It is less expensive than other iPhone models, though is not the cheapest one in our entire list. Its other benefit is that it is smaller in size as compared to the other iPhone models, which is especially meant for the smaller hands.
On the top of that, iPhone SE has all updated specs and features, which means that your child will be able to take full advantage of the Apple apps that are already installed on the phone. Not to mention a good quality camera your children will be able to use for capturing special moment of their childhood and teen life and an impressive battery life that can relieve you from any worries about your kids when they are away from home. 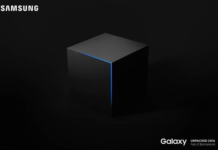 How to use SP Tool to Flash All MediaTek (MTK) Android...

chiboyanyiki - November 6, 2015
0
SP Flash tools is one of the most powerful flashing tools that can be used to install custom recovery on MediaTek devices, flash stock...

How I Block Game/App Invites on Facebook in Quick Steps