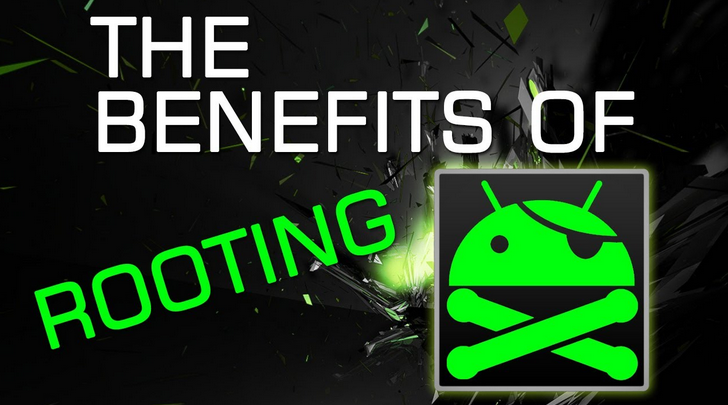 What is Android Rooting?

Android rooting, like jailbreaking is the process by which an android operating system is being unlocked in other to install special apps that isn’t approved by Google, update operating system via custom roms, replace firmware, customize the android device and execute other administrative features.

Only rooted android device can manage battery from being drained. Although there are some latest android flagship that features battery managers, but it can be compared to when those device are rooted. Rooted android device also helps to improve the memory performance (RAM) of the device, thereby increasing the speed and flexibility of the device.

3. Ads Block in Most Android Apps

There are some native apps or third party apps that come with annoying ads making the app non-user friendly. However, with the help of rooting, those annoying ads can be removed. It’s automated; you don’t need to download plugins on your android device to remove those ads. Along the line, removing those ads would reduce your data cost, that is, rooting also helps in data management at the other end.

Unlike non-rooted android device, backup isn’t made easy, and only few things are backed up. But once your android device is rooted, with the helping hand of android root apps like Titanium backup, you get all files, even system files and the entire android backed up. So, whenever you flash back to stock, you can easily retrieve your android files.

You don’t need to wait much longer to wait for an operating system upgrade, when developers have built loads of custom roms that are based on the latest operating system. However, most custom roms comes with pretty cool feature, perfect design and high customization. So it’s only when your android device is rooted, then there would be room to flash custom roms on the device.

With your rooted android device, you can download some special android root apps that let you automate activities on your android device. For instance tasker, you won’t need to swap your cellular network speed, mobile network, toggling 3G, GPS, screen backlight and many other options. All task would be automated to users satisfaction and in the process, battery is saved and performance of the device is improved.

9. Tweak and Customize your device

You don’t need a developer to do this for you. All you need is to root your device, and with the help of Xposed framework, you can easily tweak and customize the dark corners of your device. However, with non-rooted android device, you won’t be able to get the Xposed framework app installed on your device.

10. Be the King over your device

How to Root Android Smartphone without Computer: The Best Rooting Apps

How to Format (Factory or Hard Reset) all tecno phones

Mac to Windows PC? How I Convert Mac Files to Windows...

chiboyanyiki - February 13, 2016
0
Switching from Mac to Windows PC can be daring sometimes especially if you have limited knowledge of how to customise your windows PC with...

How To Hide Your Private Chats on Whatsapp on Android and...